One of the best places to sail in Europe is France, offers different spots of windsurf and kitesurf, either in lakes or open sea, where you can adapt any level, from beginner to expert, to take advantage of wind conditions to enjoy.

Leucate, this village has numerous spots around. It is suitable for all kinds of levels, including to start because it has numerous lakes that besides being flat water spots, always seem to be a couple of knots unless at full sea. The prevailing winds are usually:

Flat water spots:
Although the whole area there are multiple we will comment the most frequented spots according to the conditions we find.
Le Goulet: This spot is located near the village of Leucate (where camping is not allowed), being allowed to stay vans and caravans, we can do in the night. The Tramontana works better than anywhere else but the South East being smack behind the village, is a bit gusting to so with this wind recommend move to La Franqui (home of the Mondial du Vent) where we can sail with all winds, Tramuntana or southeast wind. 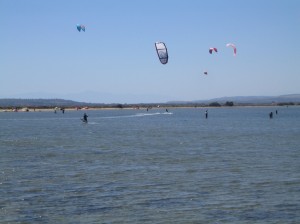 For those who want flat water kitesurfing recommend the Palme spot, a little further from Leucate, where we can stand around the lake and are clearly differentiated designated areas for windsurfing and kitesurfing, to either side of the spot.
Sea Spots:
La Franqui (home of the Mondial du Vent) as already mentioned above, and Saint-Cyprien is a spot a little south of Leucate quite frequented where we found a couple of knots less when the Tramuntana is very strong and good waves. Additionally it also works with southeast wind. 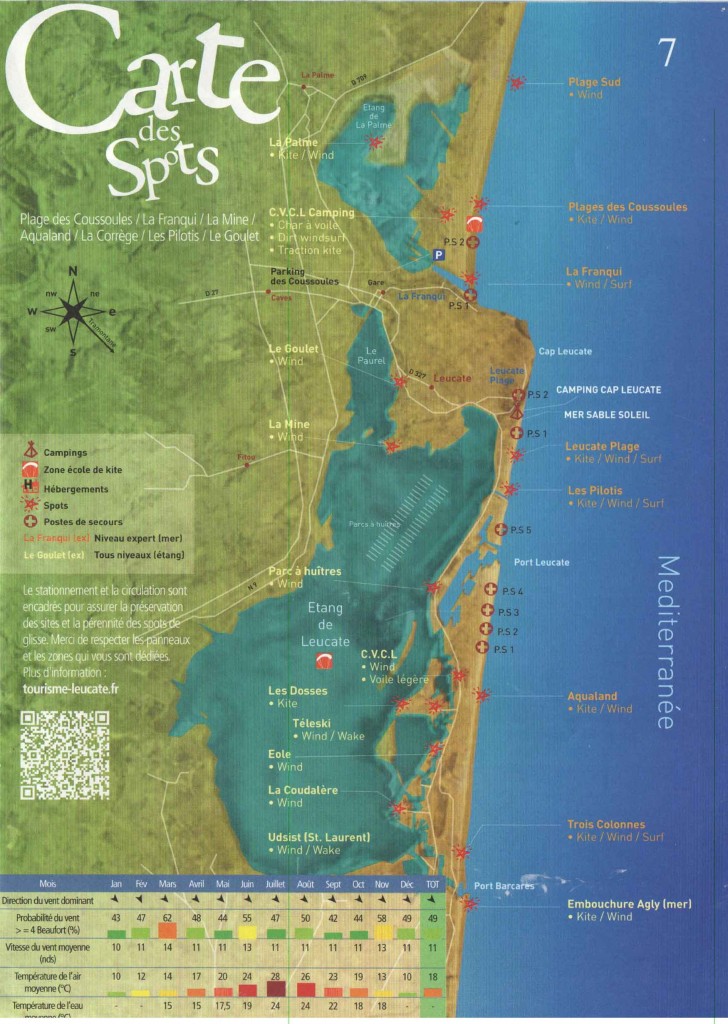 For Leucate area, we can see that throughout the year we have a similar wind statistics, the temperature changes along year, being much more pleasant from April to October.

Quality of life in France

How to get France / Airports

It’s best to have a look at the map of airports in France. 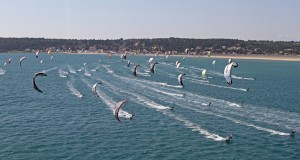 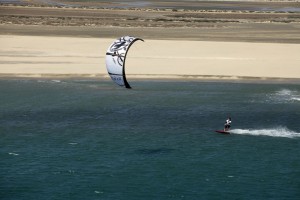 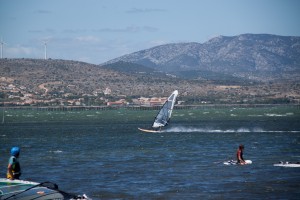